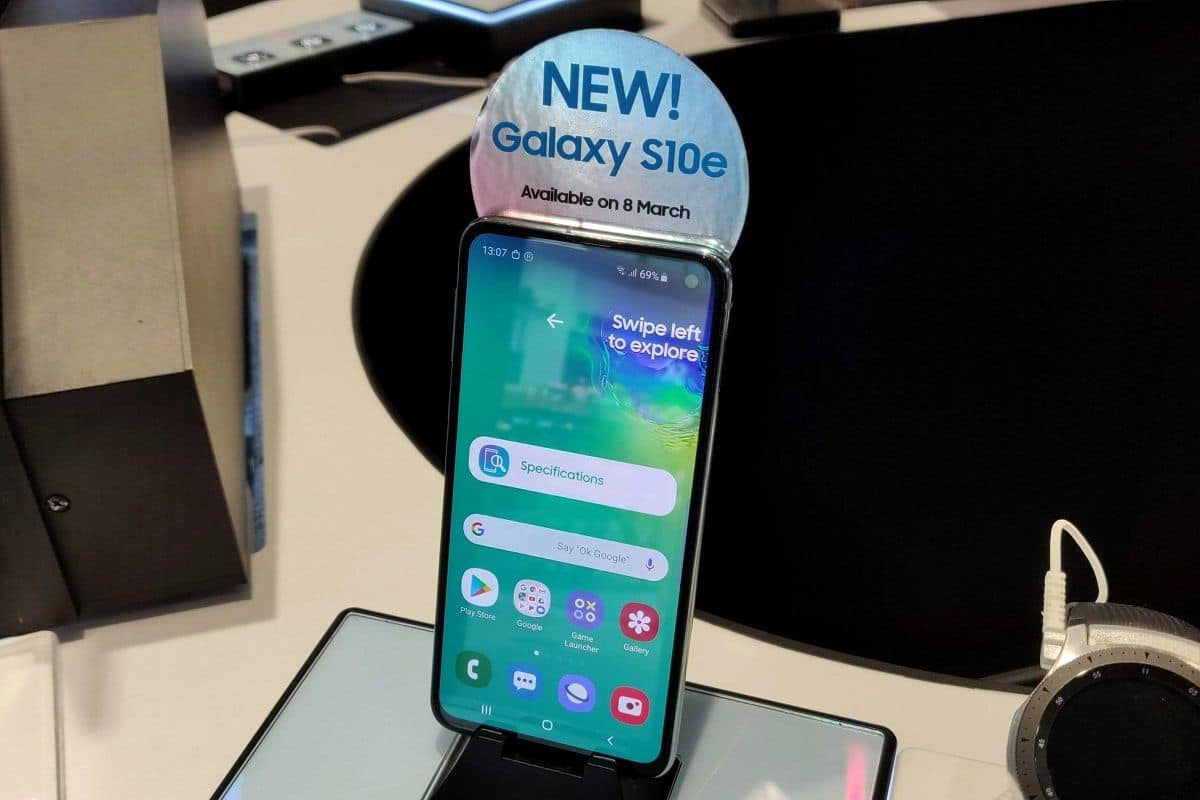 Samsung’s Galaxy S10 range has been hitting the headlines for the past few days. We have been aiming for the Galaxy S10e since it is the cheapest option of the range. However, is it really worth the savings?

Lets look at the main differences between Galaxy S10 and 10e.

Personally, we dont think most of these differences will make a big impact. With the slightly bigger screen in Galaxy S10, the additional 300mah will probably result in the same battery usage, not to mention you could always bring a fast charge power bank with you. Moreover, you wont really be able to tell the differences between 438 ppi and 550ppi anyway.

If you are still considering, here are 3 real reasons why you should really be looking at the Galaxy 10e instead of Galaxy S10.

While most smartphone manufacturers are moving towards 8gb ram as a standard, do you really need 8gb ram in 2019?

Ram is primarily used to manage multiple apps in the background of your smartphone. This means the more ram you have in your smartphone, you can do 2 things better.

However, as Android are getting more and more efficient, 8gb ram for Android is simply an overkill today.

We actually did an experiment and the truth is you can only sense a slightly faster response time while switching apps compared to a 8gb ram Android smartphone. And that is only when we have more than 50 apps running concurrently. We also tried running intensive games on our Note 9 6gb ram and it was a breeze.


Sure, you can argue that there will be more apps that will require more resources in the future. However, do you foresee yourself using your smartphone for more than 2-3 years? Most Singaporeans change their smartphone after 1 to 2 years anyway. As at 6 March 2019, Galaxy S10e is approximately S$220 cheaper than Galaxy S10 and we would rather use the extra savings to get a new phone next year.

If you are really worried, you can download apps from the Playstore to check your ram usage. You will probably realize the average ram usage is around 3gb. Note to all OnePlus users: Though Oneplus phones are buttery smooth, ram usage in Oneplus phones tend to be very inefficient. Hence, they are not a good benchmark for the average Android’s Ram usage.

Telephoto camera on a smartphone is not a new thing. In fact, it has been available as early as 2018 and it is only useful for portrait shots with ‘bokeh’ effects.


The truth is 90% of the people don’t really use telephoto camera and use the primary camera (wide angle) most of the time. Using a telephoto camera is too limiting for food and travel photography.

On the other hand, ultrawide angle camera is a total game changer. We have been using LG phones over the years and we really loved its ultrawide angle capabilities. It creates a vastly different perspective to the composition, adds a dramatic mood to the shot and is perfect for landscape and travel photos especially for short weekend getaways.

The in-display ultrasonic fingerprint scanner in Galaxy S10 is definitely cool. It captures your fingerprints by bouncing sound waves off your skin. This means it can capture your details through water, lotion and grease, at night or in bright daylight which is much more efficient than traditional capacitive scanners. Not to mention, it is much faster than the average optical in-display fingerprint scanners as well.

However, is it really worth the additional $220?

Moreover, MKBHD, a reputable Youtube tech reviewer, tried using the ultrasonic fingerprint scanner after pasting a tempered glass screen protector on the Galaxy S10 and it did not work well.


It is hardly surprising through since tempered glass screen protectors are too thick to allow sound waves to pass through to detect your fingerprint. That said, the normal plastic screen protectors do still work.

On the other hand, Galaxy S10e uses its side power button to double up as its capacitive fingerprint scanner. We are not complaining the usage of old technologies, but the position of the fingerprint scanner seems to be at an awkward place and requires some time to get used to.

What Do You Think?

Of course, if you like big screens, you can definitely consider the Galaxy S10+ instead. However, if you are looking for the best bang for the buck, the Galaxy S10e will be perfect for you. What do you think, please share with us your comments below.

For more cool things we bought online, check out the best deals in Singapore!